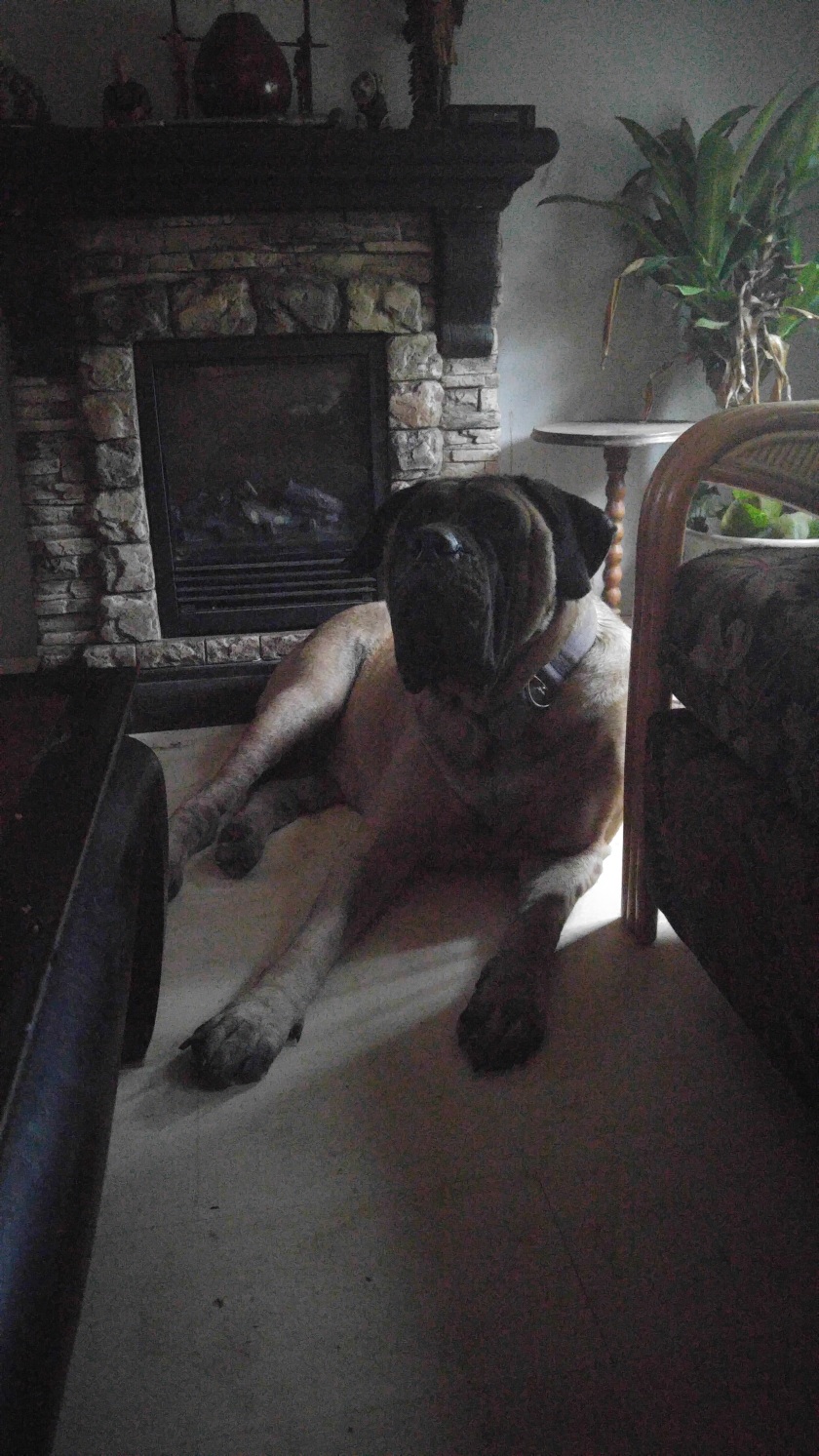 I think I’ve become an expert on dogs which probably means I’m not. However, I have nine, many rescues, and they have taught me bunches. Owning lots of dogs is not as easy as you would think. Dogs are like people. Each has a different personality, different problems, unique health and mental health issues. Fights can break out at any moment for no reason you can perceive between two dogs you thought were compatible, and there is always one dogs who is ready to join in on any fight not of his making. Vigilance is key. I also believe the dogs have to respect me as their leader. I am the head bitch in my dog world and each dog knows this.

I don’t have to be mean, just on top of things and I feed them. Dogs respond well to the person flopping the food bowl on the floor twice a day. Which brings me to feeding time. Feeding nine dogs is always a challenge. There are nine different bowls to fill and I try to make the dog’s food healthy and tasty. Dogs are like people. They need something to look forward to every day. They also need routine. Routine is as important for a dog’s health and wellbeing as it is for humans. My father was a huge believer in routine, something he learned in the military. My dogs know they get fed when I get up and they love it when I put my feet on the floor and climb out of bed. For some ot them, especially the rescues, the knowledge of food every day makes them feel safe and secure and helps with anxiety and other PTSD-like disorders rescued animals can have.

I’ll introduce my first dog to you. She’s a seven-year old English mastiff named Moragon. We call her Moose. She weighs 200 pounds and is extremely aggressive which is why I have her. Her former owners gave her to us because the neighbors were afraid of her and she wasn’t trustworthy on a leash; as in she lunched random people you met on the street. Moragon’s owner had severe PTSD from serving eight years as an Army Ranger Medic. He managed to pass it on to Moose. Animals like her, she’s very empathic, pick up on your emotions and often emulate them. Mastiffs are also protective, so she felt he needed her protection because she sensed his weakness.

Moose rarely causes trouble. Like most mastiffs she’s laid back, lazy, and slow. The heat really robs her of energy and is even dangerous for her. Last year her hips started bothering her so I finally took her to the vet who she tried to bite (of course.) She is now on an anti-inflammatory with a painkiller, and glucosamine with MSM. We’ve seen a huge improvement in her over-all ability to get around and go up and down stairs.

I have a rescue pitbull who was horribly mistreated that for some reason attacks Moose every once in a while. It’s never good for the pittie who has almost no teeth and is outweighed by over a hundred pounds. These are the kinds of things you must always watch out for when you own multiple dogs.

I’m the daughter of a Marine Corps colonel. I lived the military life until I got out of high school. At that point I was a wild child. I got married and moved to Canada where I lived up the Sechelt Inlet, the scene for Spellcast Waters. I lived in a log cabin, with wood heat and a wood cook stove fifteen miles by boat from the nearest town. I’ve moved a lot. Between the military upbringing and just rambling around the country, I’ve moved 40 times. I lived in Hawaii and worked as a polo groom for fifteen years, then I moved to Florida where I became a reporter. For ten years I covered kids in high school and middle school. Kids as athletes, kids doing amazing things no matter how hard their circumstances. It impressed me, and it awed me. How wonderful teens are. They have spirit and courage in the face of the roughest time of their lives. High school is a war zone. Between dodging bullies, school work and after school activities, teens now days have a lot on their plate. I wrote stories about them and I photographed them. My goal was to see every kid in their local newspaper before they graduated. I love kids, horses and I paint, and I write. Now I live in the swampland of Florida with too many dogs and my fifteen-year old granddaughter. Life is beautiful. Live in the moment. View all posts by Janet Post

This is a text widget. The Text Widget allows you to add text or HTML to your sidebar. You can use a text widget to display text, links, images, HTML, or a combination of these. Edit them in the Widget section of the Customizer.
Loading Comments...
%d bloggers like this: